welcome to my civil rights Page 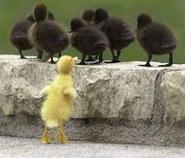 Whether seen or unseen,

prejudice and discrimination driven by its deep roots hasn’t disappeared.

Minority citizens and persons with disabilities left homeless or jobless in the
wake of housing or employment discrimination are no less victims of violence
than people left broken and bleeding on the side of the road by hit and run
drivers. 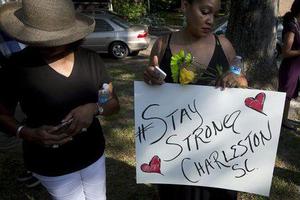 Innocent people were murdered in an act of cold blood. But the place of the deepest punch of the devil’s fist is now ground zero for Heaven’s Hands.

In the unity of ecumenical faith, let us take these Hands as if we have all been hit with this violence, because we have.

The Spirit of the Lord has taken Mother Emanuel Church to a rock higher than hate.

A light powerful enough to pierce the darkness of prejudice and discrimination now in their hands.

We must never allow the tears over Charleston, South Carolina to stop falling or fade away into America’s archives of the forgotten, where nothing ever moves or changes.

The News-Journal's May 20 story on the collapse of Windward Behavioral Care, an agency providing services for mental illnesses and substance abuse, is a newly minted opportunity to consider the impact of the words “mental health.”

In fact, these words have nothing to do with real mental illnesses. They are stigma-sparing terms hiding disorders of the brain with riveting names, including schizophrenia, bipolar disorder and suicidal depression.

When the blurry words“mental health” are stripped from mental illnesses, the life-and-death divide between neglect and access to treatment becomes clear and compelling.

For the first time in decades, new bills were introduced into the 2015 Legislature that would create fundamental reform of one of the worst “mental health” systems in the nation. But the House of Representatives adjourned early after differing with the Senate over expanding Medicaid.

Closing down the Legislature in this high-profile clash of wills provoked a June 1 special session on expanding Medicaid and left vital “mental health” bills to die, as nothing more than collateral damage to the deep divide.

The death of hope now migrating from the abdicated responsibility of our elected representatives is effectively extinguishing the promises written into the new laws, and will allow our representatives to keep looking away from the shredded hope of thousands of families with desperately ill loved ones.

A budget bill must be passed by July 1 to avert a government shutdown. As always, it will be easy to trim these nearly invisible lives from the edges of a budget bill with no concern for the consequent costs of jailing, hospitalizations, homelessness and preventable suicide.

As long as we pretend serious mental illnesses are nothing more than matters of “mental health,” the greatest opportunity in decades to create a legitimate system of psychiatric services will disappear into inaction and an endless parade of pretenses.

Symons is an advocate for people with mental illness. 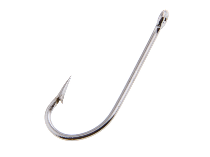 In the 1980’s I entered the public mental health system for about a year.

County run services required us to show up every three months to see the psychiatrist to renew our prescriptions.

Groups of fifty individuals at a time were given the same appointment time, the same day, which meant some of us waited a long time to be seen.

We were all crammed into a small, dirty waiting room with smelly chairs bolted to the floor.

Everyone captive in that foul little room was taking psychiatric medications, usually antipsychotics or antidepressants or both. Some of them were teetering on the edge of a psychotic or suicidal breakdown. Others had mental and emotional wounds so deep I could almost see them cut across their faces.

Every five minutes a nurse popped out of the end of a hallway and called people’s names like fishhooks and then reeled them down the corridor to the psychiatrist.

After a long wait, the nurse came out, finally called my name and reeled me into the psychiatrist. I will never forget the five minutes I sat across from that doctor.

He was sitting in a small, windowless office with a stack of paper files piled up on the floor. Apparently, one was mine. He asked me a few questions with rote duty and disinterest.

He wrote two prescriptions, one for an antipsychotic and the other for an antidepressant. He never looked up at me or even mentioned my name and then tossed both prescriptions into my lap. I have never physically reacted to any offshoots of prejudice, discrimination or de-humanization of mental illnesses but this time was different. I tossed both prescriptions back at this remote, and thoroughly uncaring person and left. This psychiatrist pursued a dangerous option; I had been recently hospitalized for suicidal intent.

I watched people leave the mental health center in the same five minute increments as being fish hooked with prescriptions in hand.  I will never forget a young woman, probably in her early or mid-twenties, who shouted the same thing I was thinking as she left, “we are nothing but a herd of cattle.” This heartless man and a disastrously underfunded agency tore out a chunk of our humanity.

Why would a thirty- five-year-old memory persist untouched or undiminished by time?

People with serious mental illnesses walk away from treatment all day long, often to the anguish and anger of those around them.

They don’t understand that once the humanity of a profoundly vulnerable person is beaten up by abuse, disinterest or even subtly spoken disrespect they sometimes walk away from the additional cesspool of pain and never look back. Why in the world would they come back for more?

The only hope of these outcasts is the national willingness and immovable resolve to treat them with the same respectful urgency we treat runaway cancer or heart disease; sometimes mental illnesses are no less deadly.

Deadly encounters with police have ignited a fierce debate over the future of civil rights in America.

Intense focus on the rights of citizenship, including the right to be free of discrimination, cannot exclude the largest segregated group in the nation: one in four people who experience a mental illness.

These citizens, including our children, remain ruthlessly segregated at the bottom of state budget bills that eliminate critically necessary medical and psychiatric services. At 49th in the nation for per-capita spending on mental illnesses, Florida is among the worst offenders.

There are now five times as many people with these disorders of the brain in jails and prisons than hospitals; once arrested, they remain incarcerated much longer than others who commit the same offenses.

About a third of the homeless are mentally ill.

These are not idle facts; they are vital statistics and evidence of where we have segregated mental illnesses. They also expose civil-rights abuses so serious they spill into breach of human rights.

On June 23, 2012, guards at the Dade County Correctional Institution threw a mentally ill prisoner into a scalding shower for more than an hour; he burned to death. News coverage of the death revealed rampant discrimination and abuse of mentally-ill inmates in Florida's prison system.

This case, along with others, reveals the secrecy that riddles the prison system and exposes practices that treat people with mental illnesses with cruelty, abuse and neglect.

All citizens have constitutional rights to be treated equally under the law. But it is clear that prejudice and discrimination have swallowed the civil rights of a category of people who have the least ability to take them back.

The civil-rights era of the 1960s was a wrenching period of life-and-death struggles. People lost their lives, their homes and their jobs. Fifty years have passed since the Civil Rights Act of 1964 became law, but for some, including those with mental illness, the battle endures.

The evidence is clear that prejudice and discrimination driven by their deep roots are not dead. Without constant vigilance and the reach of moral law, they will continue to cast a long shadow over the identity of our nation.

The Orlando Sentinel article Jan. 20 on Medicare's impending
decision to drop key antidepressant medications from Part D prescription plans
was alarming; so was the news that similar cost-cutting could apply to
antipsychotic drugs used to treat severe mental illnesses.

The folly of restricting access to any antipsychotic medications is well-known to
Medicare. Before the rollout of Part D prescription plans, the Centers for
Medicare & Medicaid Services placed these medications into a category of
drugs exempt from removal or cost-containment strategies.

The agency was aware that the cost of restricting or eliminating any of these drugs
far outweighed the costs of allowing doctors full access to medicines needed to
treat severe mental illness.

Most of the newer, more effective antipsychotic medications are biochemically
distinct; they cannot be used interchangeably. Finding the right medications at
the right doses for individual patients can take months even in the hands of
skilled doctors; impeding these physicians is a disastrous mistake.

Denying coverage for their prescriptions sets off a time-consuming series of appeals on
doctors who are already staggering under paperwork demands.

A study published in the May 2007 Journal of American Psychiatry shows that
bureaucratic battles over psychiatric medications come with shocking
casualties.

A significant number of people who had difficulty accessing psychiatric
medications suffered adverse consequences. Some become suicidal or homeless; an
extraordinary number were treated in emergency rooms or hospitalized.

Research is clear; missing one to 10 days of antipsychotic medications nearly doubles the
risk of hospitalization. With hospital costs ranging up to $1,500 a day, the
price of interfering with the judgment of physicians becomes
eye-popping.

There is a perfect storm of crushing costs and lost lives gathering over the decision
to restrict access to these medicines. With Florida 49th in the nation for
spending on serious mental illnesses, an underfunded system of psychiatric
services will be quickly overwhelmed by people who cannot access their
antipsychotic medications.

Stability can be fragile. Without congressional action, those of us who depend on these
life saving drugs will face hopeless delays in obtaining our prescriptions.

As the Florida Legislature attempts to redraw voting districts, this is a high-profile opportunity for lawmakers to look at some of the hidden problems riding the coattails of gerrymandered districts.

Unfair districts have allowed lawmakers to elude accountability to voters for years. Some of the free passes include systematic and discriminatory refusal to provide psychiatric services to some of the most profoundly ill Floridians.

Resolute indifference and gerrymandered locks on partisan power raise the question of the ultimate futility of pursuing life-and-death reform through the Florida Legislature. But fair districts and competitive elections can empower caring voters to change the way we treat our mentally ill citizens.

Anthropologist Margaret Mead captured this hope when she wrote, "Never doubt that a small group of thoughtful, committed citizens can change the world; indeed, it is the only thing that ever has." 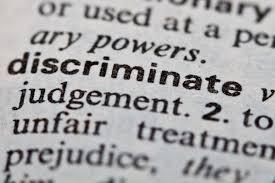 THE CRIMINALIZATION OF MENTAL ILLNESS

This is a link to The Criminalization of Mental Illness by Risdon N. Slate, Wesley Johnson  and Jacquelyn Buffington